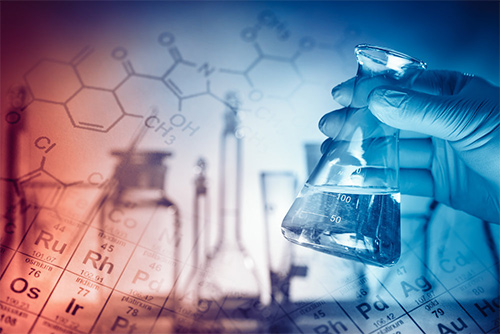 Hydrogen Peroxide forms perhydrates and peroxo compounds with alkali metal salts. The best known are sodium perborate (mono and tetrahydrate NaBO3.H20,NaBO3.4H2O) and sodium carbonate peroxyhydrate 2Na2CO3.3H2O2 which are used as ingredients of heavy duty washing powders. Inorganic peroxides of calcium, zinc, strontium, magnesium and barium are made by reaction of the metal hydroxide with Hydrogen Peroxide.

Hydrogen Peroxide and peracids react with unsaturated compounds to produce epoxides. Amongst the commercially important products are epoxidised vegetable oils like soyabean, groundnut and rapeseed, which are used as stabilisers/plasticisers for PVC. Other products of industrial importance include α-olefin oxides and terpene oxides.

By selecting more vigorous reaction condition than required for epoxidation, α-olefins and unsaturated oils can be converted to diols. Hydroxylation of the aromatic nucleus is also possible and is used on an industrial scale to produce hydroquinone and catechol.

Hydrogen Peroxide is increasingly used to improve the quality of chemical products. Best known is colour improvement (bleaching), but colourless impurities, if oxidisable, can be removed. Products which may be improved by Hydrogen Peroxide treatment include fatty acids, phthalate esters, sulphonates and sulphuric acid. 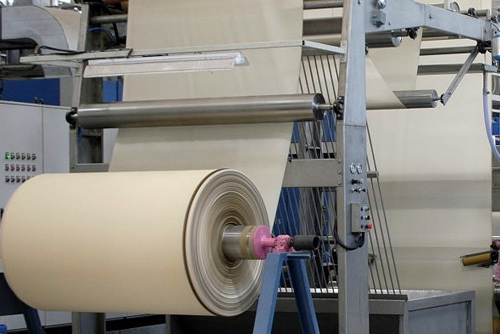 Hydrogen Peroxide bleaching in an alkaline medium often enables those pretreatments to be less severe or even eliminated whilst retaining the intrinsic qualities of the cellulose. Of special significance is the single stage bleaching process developed by NPL, wherein scouring and bleaching have been combined into a single step.

Wool and silk are bleached easily with Hydrogen Peroxide. After scouring, wool may be bleached by immersion or pad and dry techniques, using alkaline or acid solutions. Prior to bleaching, silk is usually degummed. Hydrogen Peroxide addition assists this process and it is universally used as the bleaching agent for natural silk, usually in an alkaline solution.

When used alone, synthesis fibres do not normally require bleaching. However, blends of synthetic fibres with natural or regenerated fibres, e.g. cotton-polyester are frequently bleached. The most popular bleaching agent is Hydrogen Peroxide and it is used in both batch and continuous processes. 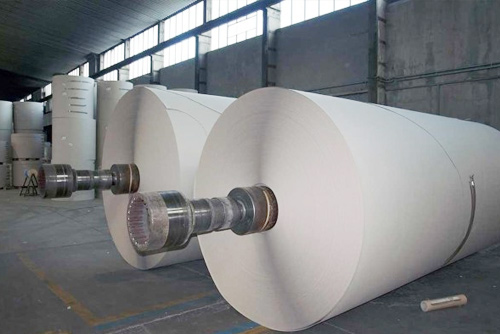 For these reasons and its cost effectiveness, the use of Hydrogen Peroxide has good potential in chemical pulp bleaching as a partial replacement for chlorine, chlorine dioxide and sodium/calcium hypochlorite. 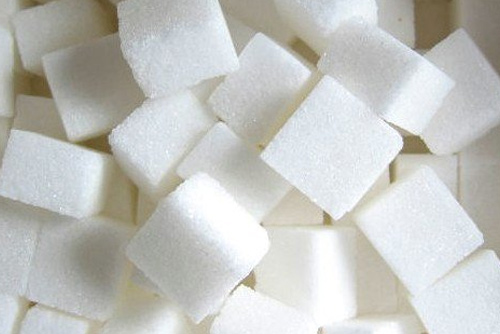 Hydrogen Peroxide is an excellent reagent when used at ‘PAN’ to give bright sugar with excellent keeping quality.

Hydrogen Peroxide can also be used for syrup bleaching in sugar industry. This gives lot of economic benefits and produces sugar with excellent brightness, good keeping quality and with less sulphur dioxide as well as sulphated ash. 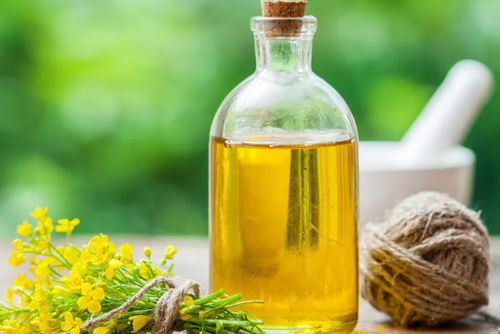 Neat soap can be bleached at kettle or crutcher stage to excellent brightness by usage of Hydrogen Peroxide. 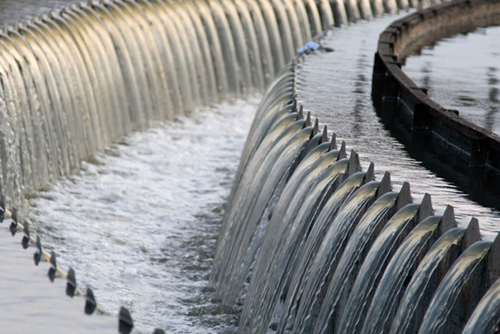 Sewage frequently has to be pumped over long distances. Anaerobic conditions can then develop in the sewer system leading to the production of hydrogen sulphide(H2S) with consequent odour and corrosion problems. Injection of Hydrogen Peroxide into the sewer can both eliminate any sulphide already developed and maintain aerobic conditions, thus preventing further sulphide formation.

Hydrogen Peroxide provides an effective means of treating certain toxic industrial pollutants such as cyanides, phenols, nitrites and sulphides. For example, waste water encountered in refinery, chemical or pharmaceutical operations can be treated with Hydrogen Peroxide. Oxidation processes have been developed in which Hydrogen Peroxide is catalysed in various ways according to the nature of the pollutant present, thus achieving detoxification in the most effective manner.

As a potential source of oxygen, Hydrogen Peroxide is used in biological treatment, particularly at times of overload, for the treatment of bulking sludges, and for the prevention of denitrification in settling tanks.

Oxides of nitrogen and sulphur, mercaptans and various other toxic odorous components of waste gases can be removed by oxidation with Hydrogen Peroxide after their absorption in an aqueous scrubbing liquor. Examples of successful treatments are - NOx removal from actual pickling operations, deodorisation of gaseous effluents from animal carcass rendering, and sulphur dioxide oxidation. 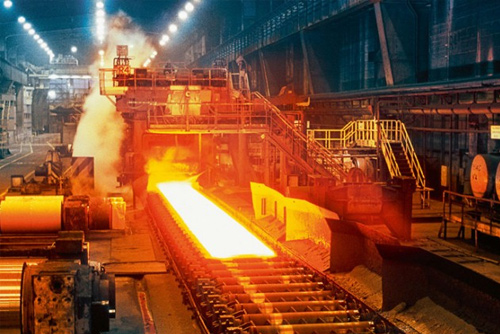 Hydrogen Peroxide is a very attractive reagent to use in metallurgy as its decomposition products are only water and oxygen. A limitation on its efficient use in some applications is a tendency to decompose in the presence of transition metal ions at elevated temperatures. This can be overcome by conversion to Caro’s acid (H2SO5—a stronger oxidant than H2O2) by the following easily performed reaction which is usually carried out at the user’s site:

Uranium is most frequently leached from its ores using a mixture of sulphuric acid and oxidant to convert insoluble uranium (IV) to soluble uranium (VI). Of the commercially available oxidants suitable for this purpose, Caro’s acid combines environmental acceptability with ease of use and ease of control. Caro’s acid acts by oxidising iron ( II ) to iron ( III ) which oxidises uranium.

Many metal ions are oxidised to higher valency states by Hydrogen Peroxide and Caro’s acid over a wide range of pH, in reactions which are generally more rapid and stoichiometric than possible with other commonly used oxidants. Selective oxidation of one metal in a mixture of metal ions can often be achieved by control of pH and oxidation potential.

Reduction of Co and Mn from higher valency states

In the presence of some transition metal ions in higher valency states, Hydrogen Peroxide behaves as a reducing agent in acidic solutions. This is a very simple way of dissolving insoluble oxides such as cobalt (III) and manganese (IV).

Hydrogen Peroxide reacts with solutions of uranium(VI) in mildly acidic solutions to form insoluble uranium peroxide. As very few other metals form insoluble peroxides under acid conditions, it provides a widely used method for the selective precipitation and purification of uranium.

Hydrogen Peroxide is used to clean, etch, brighten or passivate a number of metals and alloys, the exact effect depending on choice of operating conditions. It is being increasingly used to avoid problems of fume evolution and effluent disposal associated with other oxidants used in metal surface treatment. In acidic solutions the bath life and performance of Hydrogen Peroxide are enhanced by the use of special stabilisers.

Hydrogen Peroxide is widely used as a source of free radicals in emulsion process for the polymerisation of vinyl chloride, vinyl acetate, methyl methacrylate and many other monomers.

Hydrogen Peroxide is used in the bleaching of hair, in fixing dyes by oxidation and in the permanent waving and straightening of hair.

The use of dilute solutions of Hydrogen Peroxide as an antiseptic in pharmaceuticals was amongst its first applications.

The bactericidal and algicidal properties of Hydrogen Peroxide coupled with the advantage that harmless residues are formed when it decomposes,have led to its uses in the following applications:

The use of Hydrogen Peroxide directly, or in the form of its derivatives, sodium perborate and sodium carbonate peroxyhydrate, facilitates the oxidation of vat and some sulphur dyes after their application to textiles in the leuco form

Modification of starch to reduce its viscosity in solution can be achieved by oxidation with Hydrogen Peroxide. This provides the paper industry with a convenient route to the desired starch without producing any undesirable by-products.

Hydrogen Peroxide is used to destroy excess chlorine or hypochlorite which may remain from a previous process stage. In both cases the end-products are chloride ions and water.

Source of Oxygen and energy